A HOT First Quarter in the Local Market!

Unit sales of residential properties in Pelham jumped 34.6% during the First Quarter of this year compared to the same time frame last year.

According to MLS® system reports of the Niagara Association of REALTORS® there were 70 sales in Pelham so far this year up from the total of 52 sales reported during January-March 2015. The 8-year average for unit sales in the 1st quarter is 47.

First Quarter sales in the City of Welland were on par with last year with a total of 174 sales recorded compared to 173 transactions during January-March 2016. The current sales level reflects a 4.8% increase over the Rose City’s 8-year average of 166 unit sales in the 1st quarter. 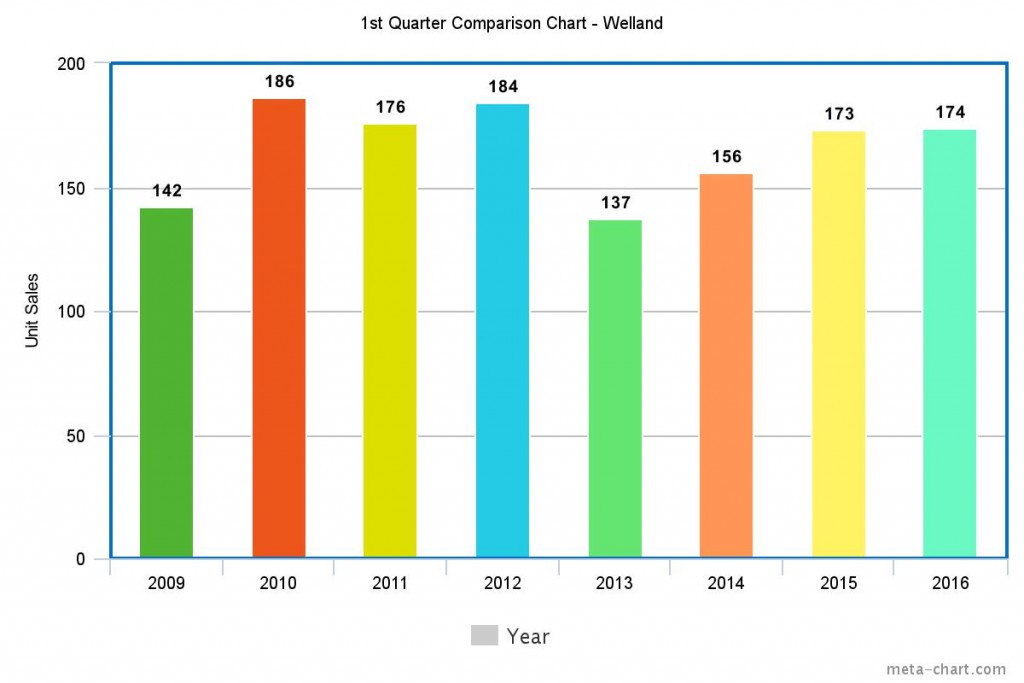 Sales are on the rise in all of Niagara’s major cities. St. Catharines reported sales of 518 climbing 27.2% from last year’s First Quarter total of 415 units. In Niagara Falls unit sales were up 37.5%, with 374 sales compared to total of 272 transactions reported January - March 2015.

The inventory of homes on the market in Niagara is now extremely undersupplied compared to the level of demand. We haven't seen such a tight market for many, many years. Buyers need to make quick decisions about offering on New Listings, as multiple bids are the new norm in Niagara. 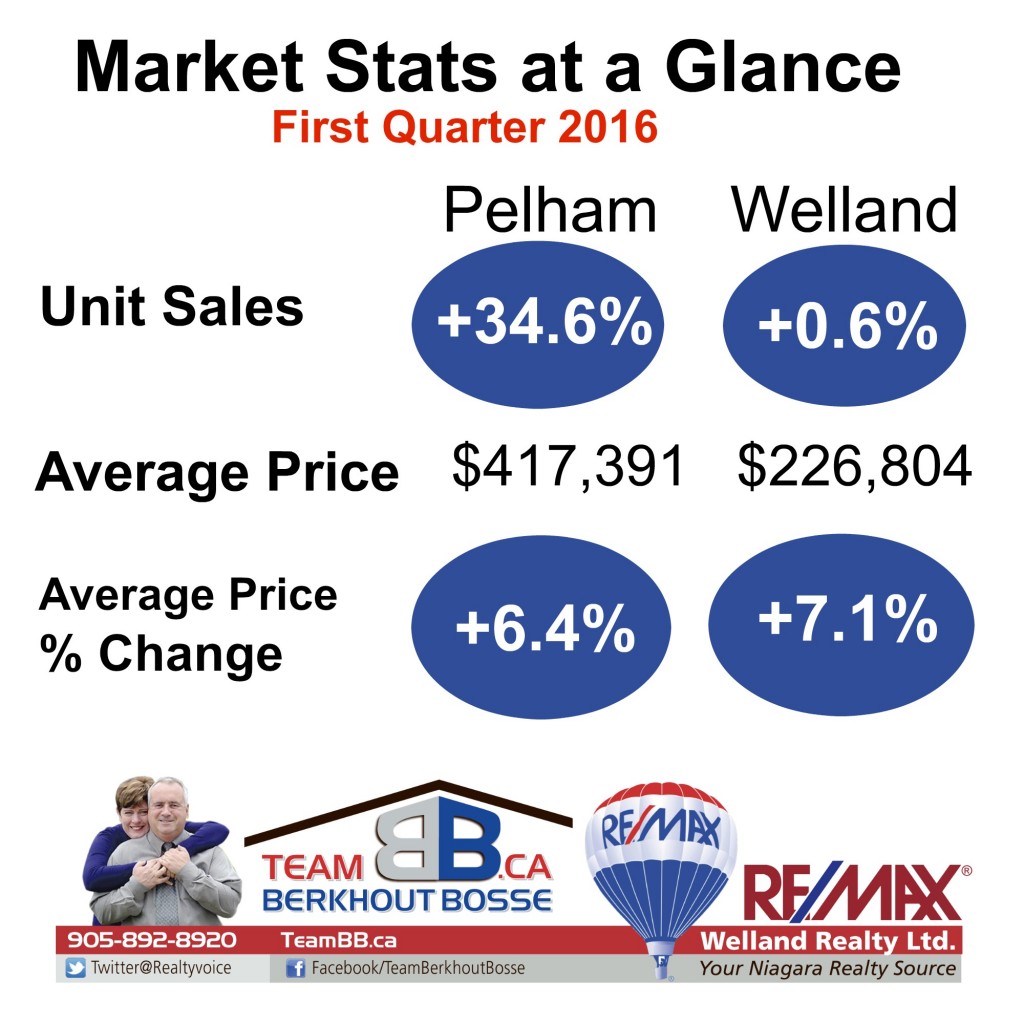